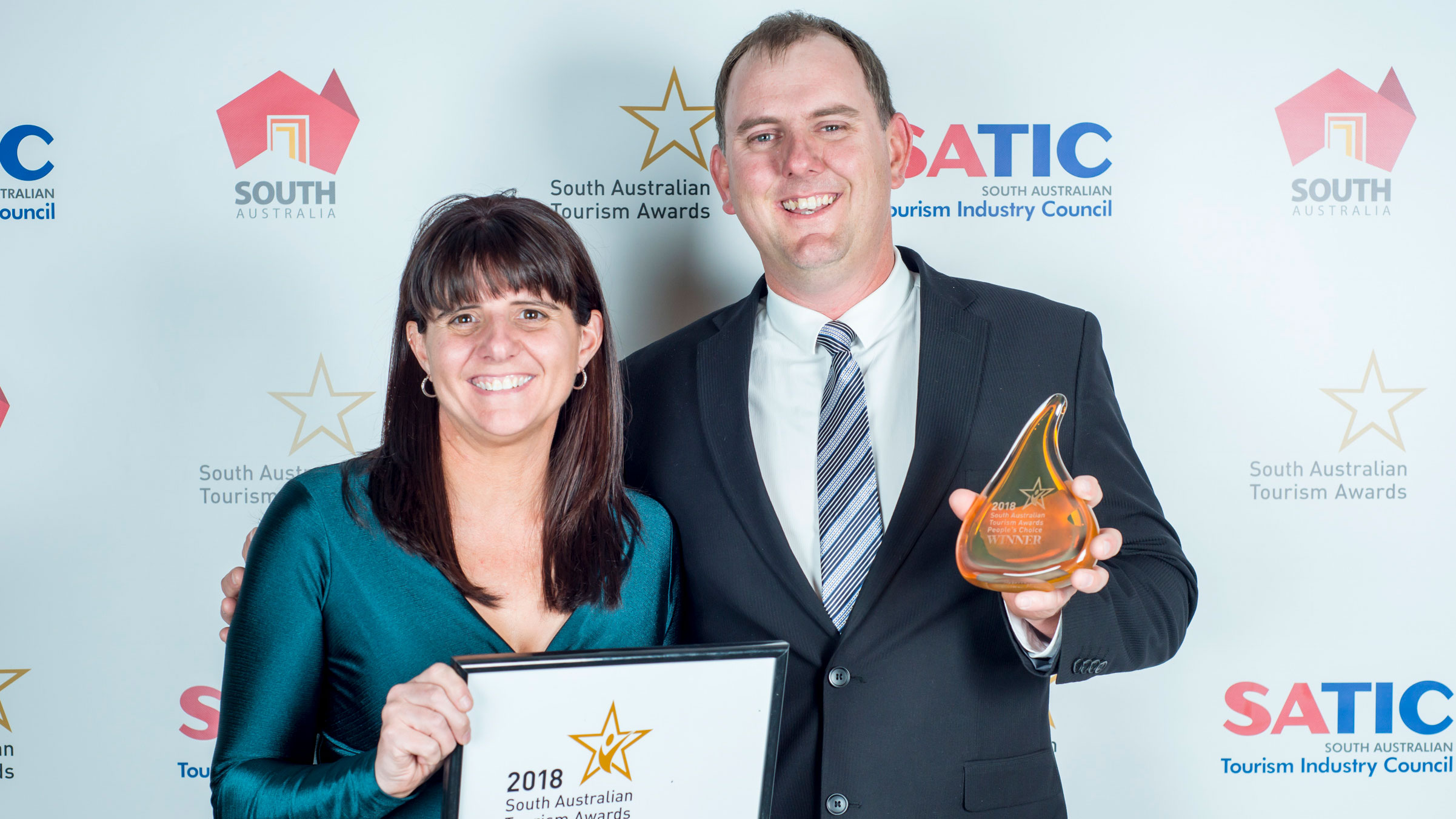 Calypso Star makes it 4 in a row!

Company owners, Janet Forster and Andrew and Nicol Wright were in Adelaide to accept the award, dedicating the achievement to their wonderful staff and the many guests who visit each year.

Calypso Star also achieved a Silver Medal in the Tourist Attraction category after winning the category in 2016 and 2017. Andrew said 'Tourist Attraction is a really tough category with some big companies vying for the award. We were thrilled with silver, it's a great achievement for our small team of 25 staff as the winner of the category The d'Arenburg Cube has a team of 180 staff and up to 1500 visitors per day'

To cap off a successful evening, Calypso Star Charters were also named the winner of the 'RAA People's Choice' (Attractions) award. The category is only open to Tourism Awards finalists and is decided by votes by the public. 'We were very humbled with the win, to know that the public is supportive of what we do is very special. A big thank you to everyone who voted, we couldn't do it without you!' Andrew said

Tourism's 'Night of Nights' was held at the Adelaide Convention Centre and was attended by over 750 tourism operators, special guests and dignitaries.  It is held each year by the South Australian Tourism Industry Council.

Calypso Star will now go on to represent South Australia at the Australian Tourism Awards in Launceston, Tasmania in March.