The South Australian Tourism Awards were held at the Adelaide Convention Centre on Friday 10th November 2017.

Calypso Star Charters won the Tourist Attraction category for the second year in a row and entered the prestigious Hall Of Fame with our win in the Adventure Tourism category for the third year running.

Company owners Janet Forster and Andrew and Nicol Wright attended the dinner and were thrilled at the success of the company and the team effort of all our staff.

Calypso Star capped off a successful evening winning the Bronze Medal in the new RAA People's Choice award as voted for by the public. 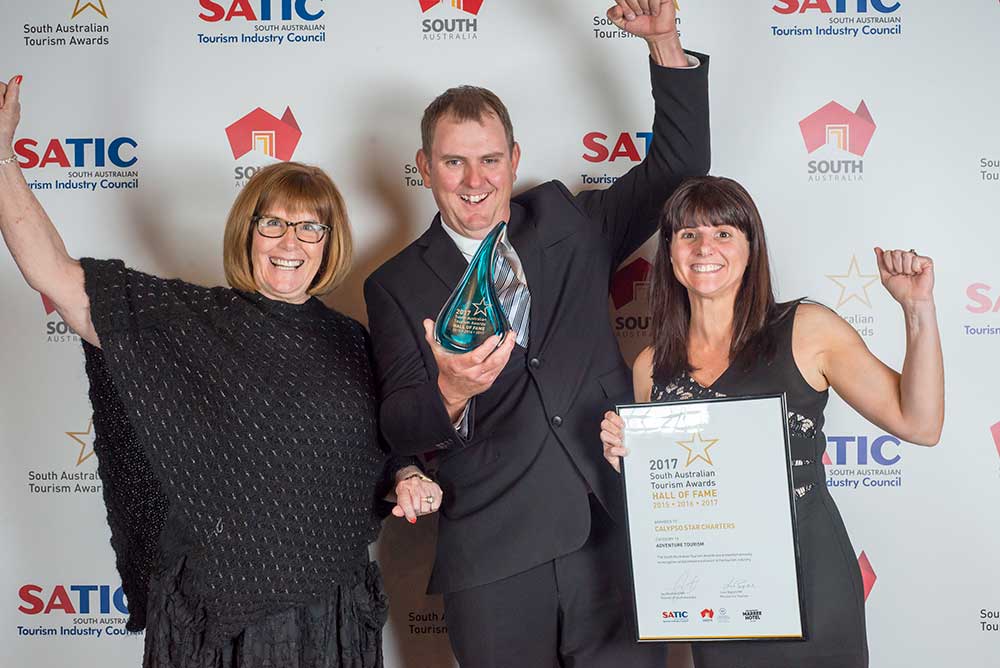 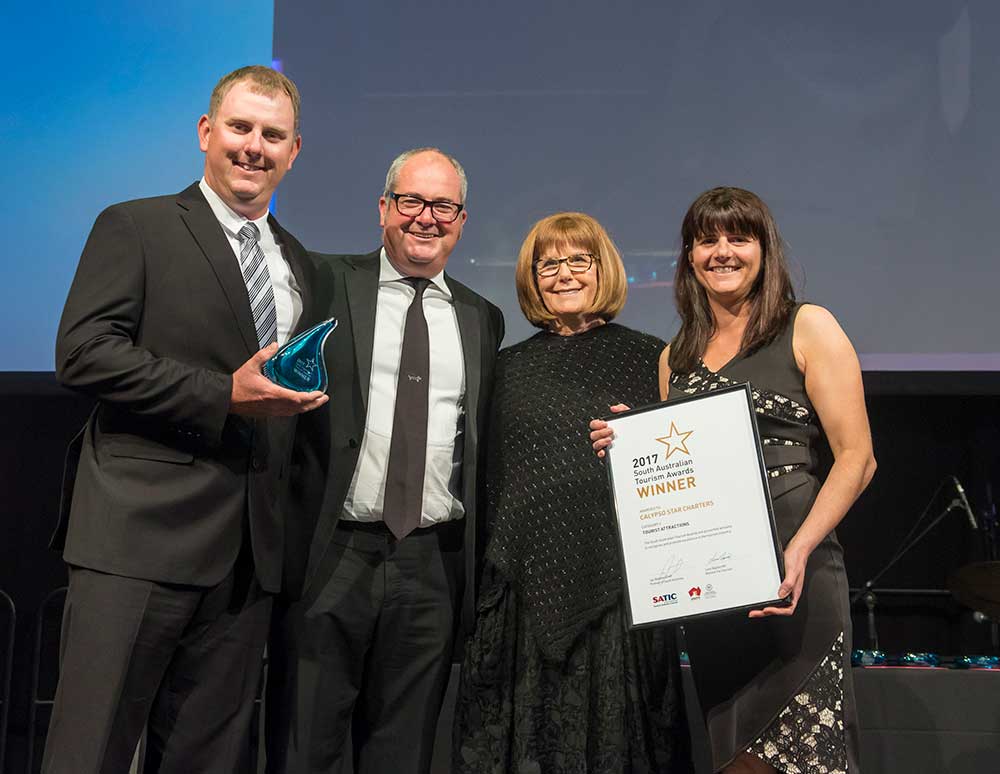 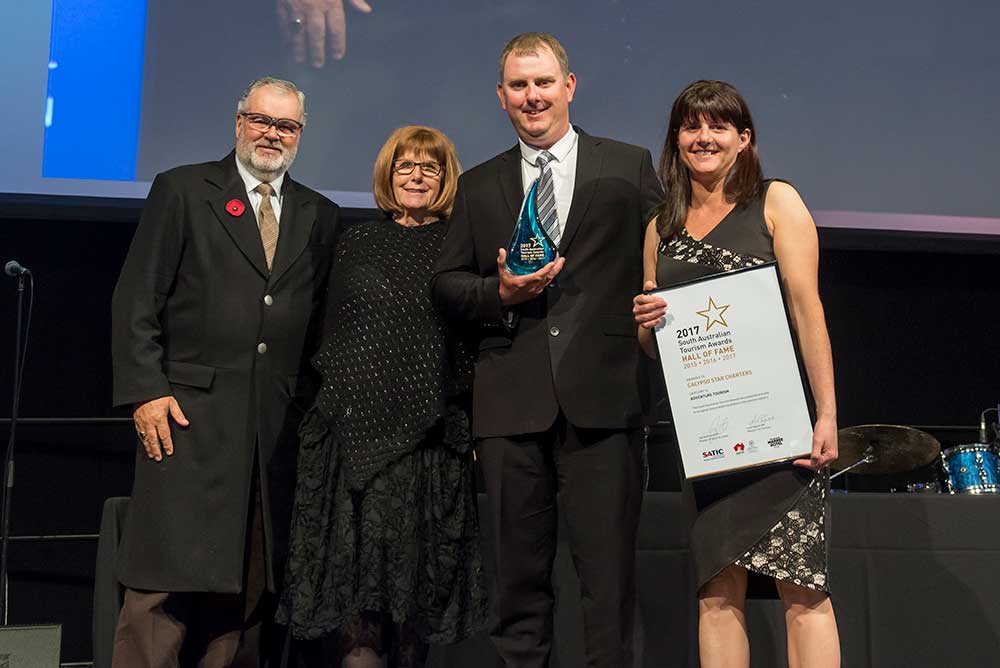 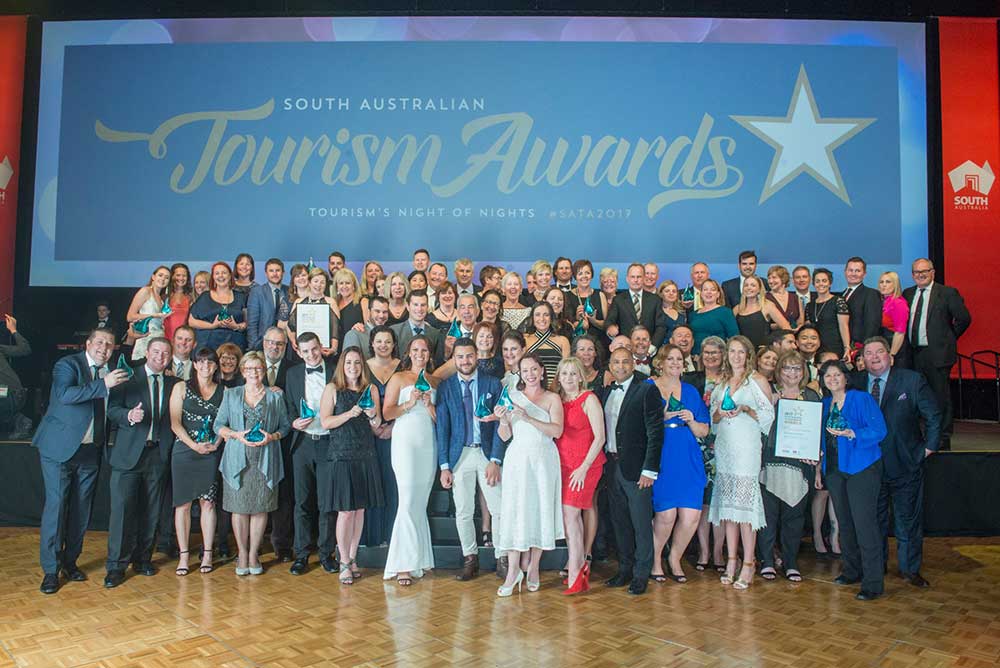