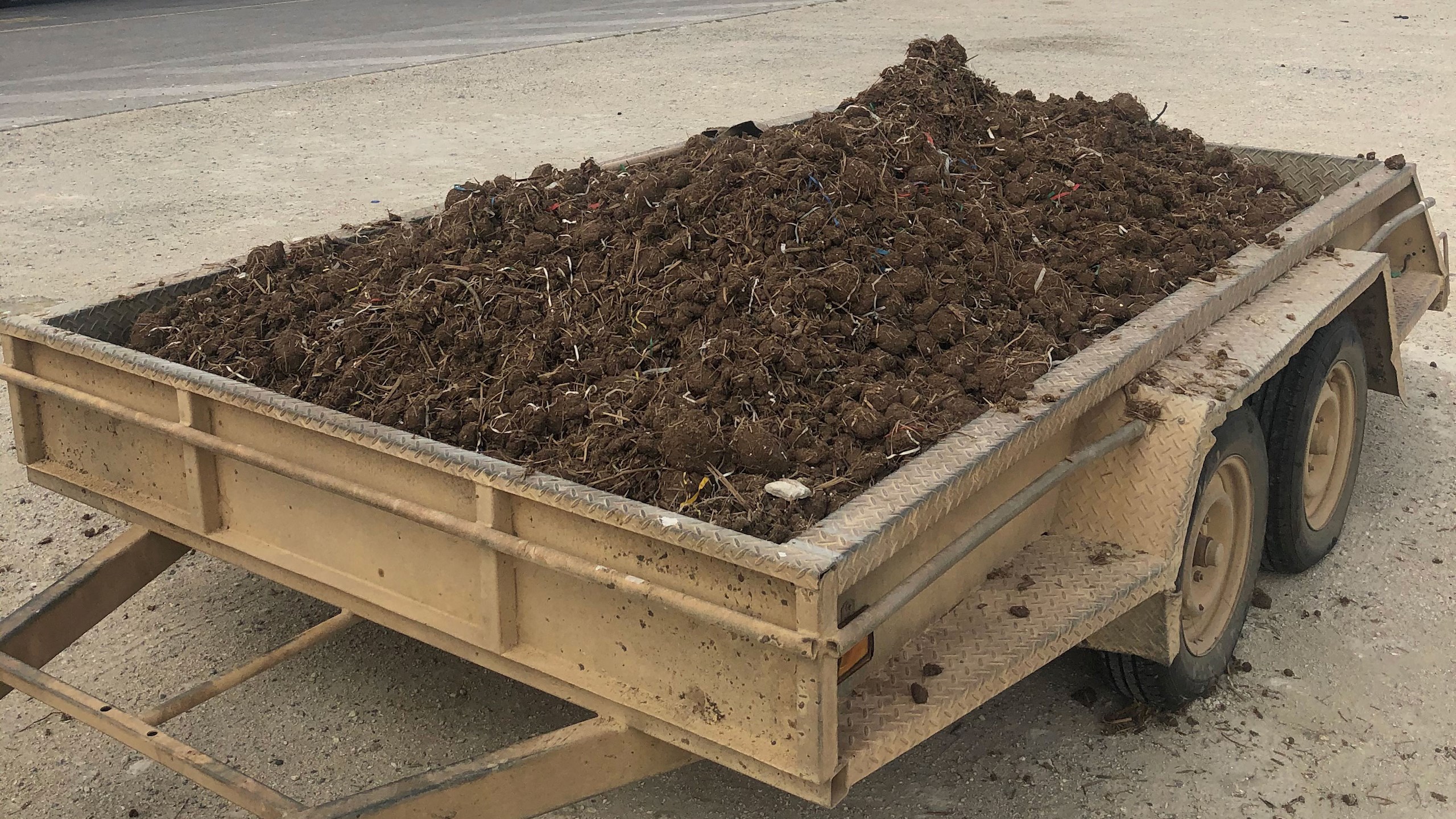 We are always working on ways to do things better and tread more lightly on the environment.

For a long time, we’ve done our best to recycle as much as we can, paper, cardboard, cans, bottles, soft plastic and even used engine oil gets recycled from our operations. One waste product that we hadn’t found a solution for was the leached bait from our shark dives. Sadly, the easiest thing to do was to put it in a plastic bag, freeze it and put it in the rubbish bin each week. There had to be a better way to deal with the approximately 8,500kg of leached bait each year.

Each trip, we bring home between 15 and 50kg of leached bait. These are the guts and gills of tuna that we use to attract the sharks to our vessel. Inevitably, the sharks get the odd bait, but on many trips, we don’t lose any baits and after a while the gills lose their smell and we change them for fresh ones. Our bait consumption is strictly controlled by a quota and as such, the leached baits must return to shore and can be randomly verified by Department of Environment staff.

After extensive research and looking at several commercially available composting machines, the $100,000+ price tags was just too much to justify and FOGO (food organics, garden organics) recycling isn’t available in Port Lincoln at this stage. We had an idea to use an existing mixer (possibly an old concrete mixer) and convert it to mixing compost.

The mixer was purchased in Melbourne from a 2nd hand machinery dealer and trucked to Port Lincoln. Originally it was fitted with a 3-phase motor which we couldn’t power on site, we fitted a handle but even with the gearing, it soon became too heavy. Using a series of pulleys, we were able to reduce the rotation speed and thus able to use a smaller single-phase electric motor. Instead of 30rpm, the barrel now turns at 2rpm, just fast enough to gently tumble the compost a couple of times a week for aeration.

We are still working on our secret recipe, but we’ve needed a lot of carbon material to balance out the nitrogen rich fish bait.

Over the period of March to the end of August we have added 1980kg of leached fish bait, around 15 large wheelie bins of garden waste (weeds, lawn clippings, hedge pruning’s, leaves etc), 60 wheelie bins of shredded paper and half a large bale of hay (around 250kg). No water has been added to the compost, the bait is quite wet anyway.

Gradually, the barrel filled up and eventually we had to stop filling it to allow time for the worms and microbes to finish their magic and during the month of August we’ve retained our leached bait frozen, ready for when the barrel is emptied.

Food waste (and in this case, fish waste) when sent to landfill produces a significant amount of methane, which is some 26 times more damaging to the environment than CO2. Because the composting process is open to air (in landfill, the cells are sealed to air) methane isn’t produced, only negligible amounts of CO2 are formed as the carbon remains in the soil.

This composting initiative will keep around 8,500kg of food (fish) waste out of land fill each year which eliminates 16,150kg of CO2 emissions or the equivalent produced to power a 4-person household for nearly 4 years, or 149 tanks (50L) of petrol.

We can’t wait to see how well the veggies grow this summer! 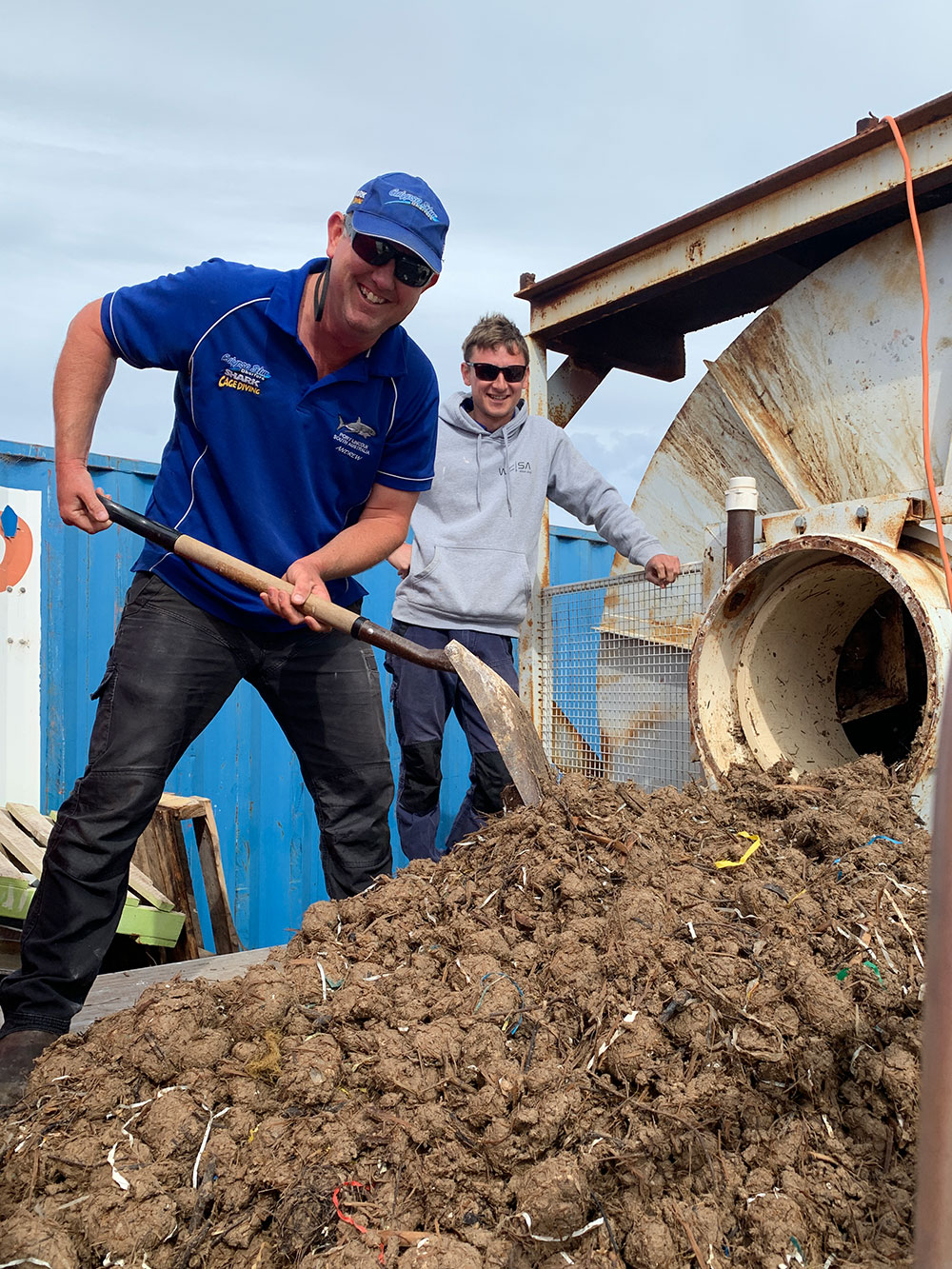 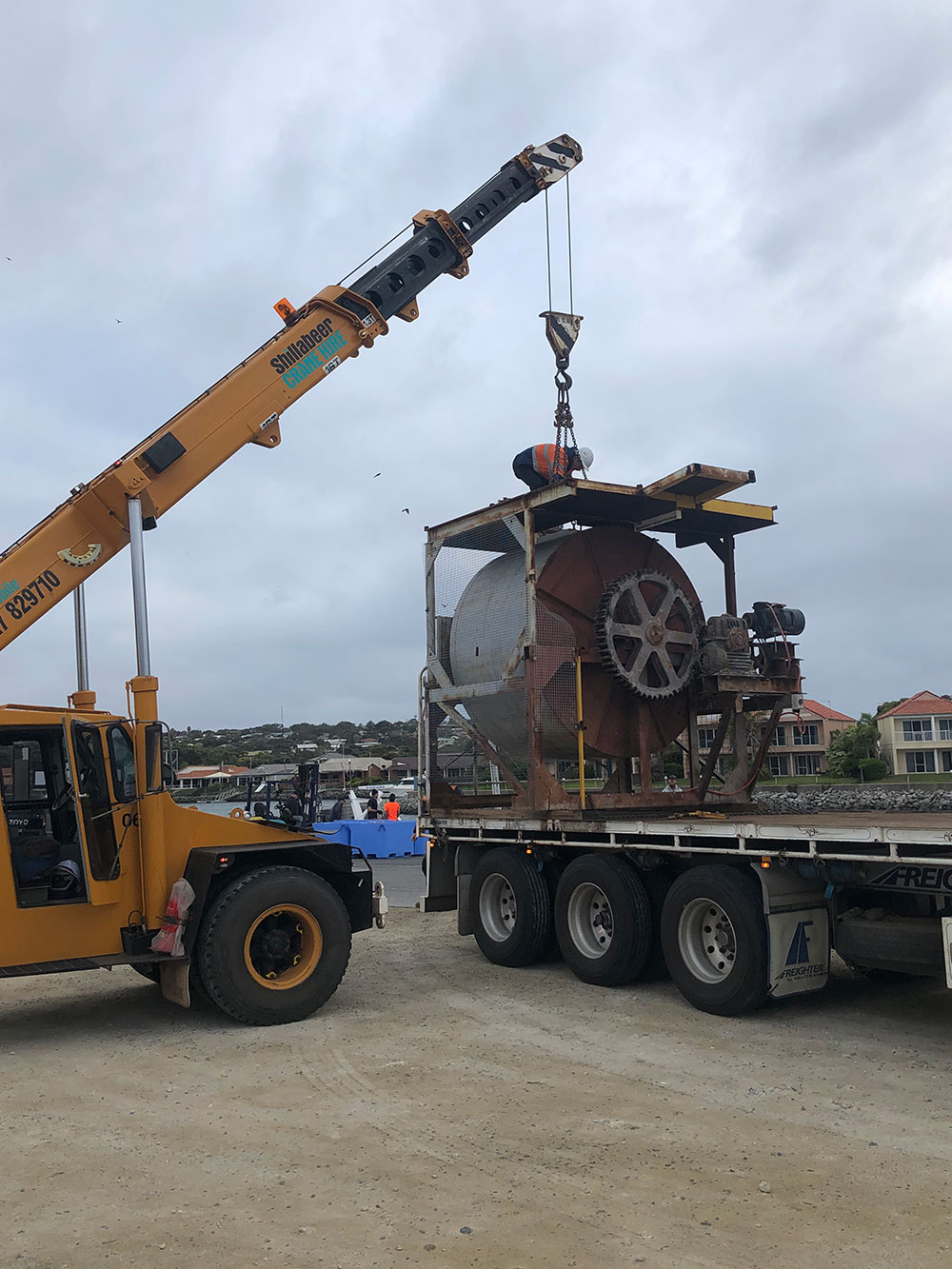 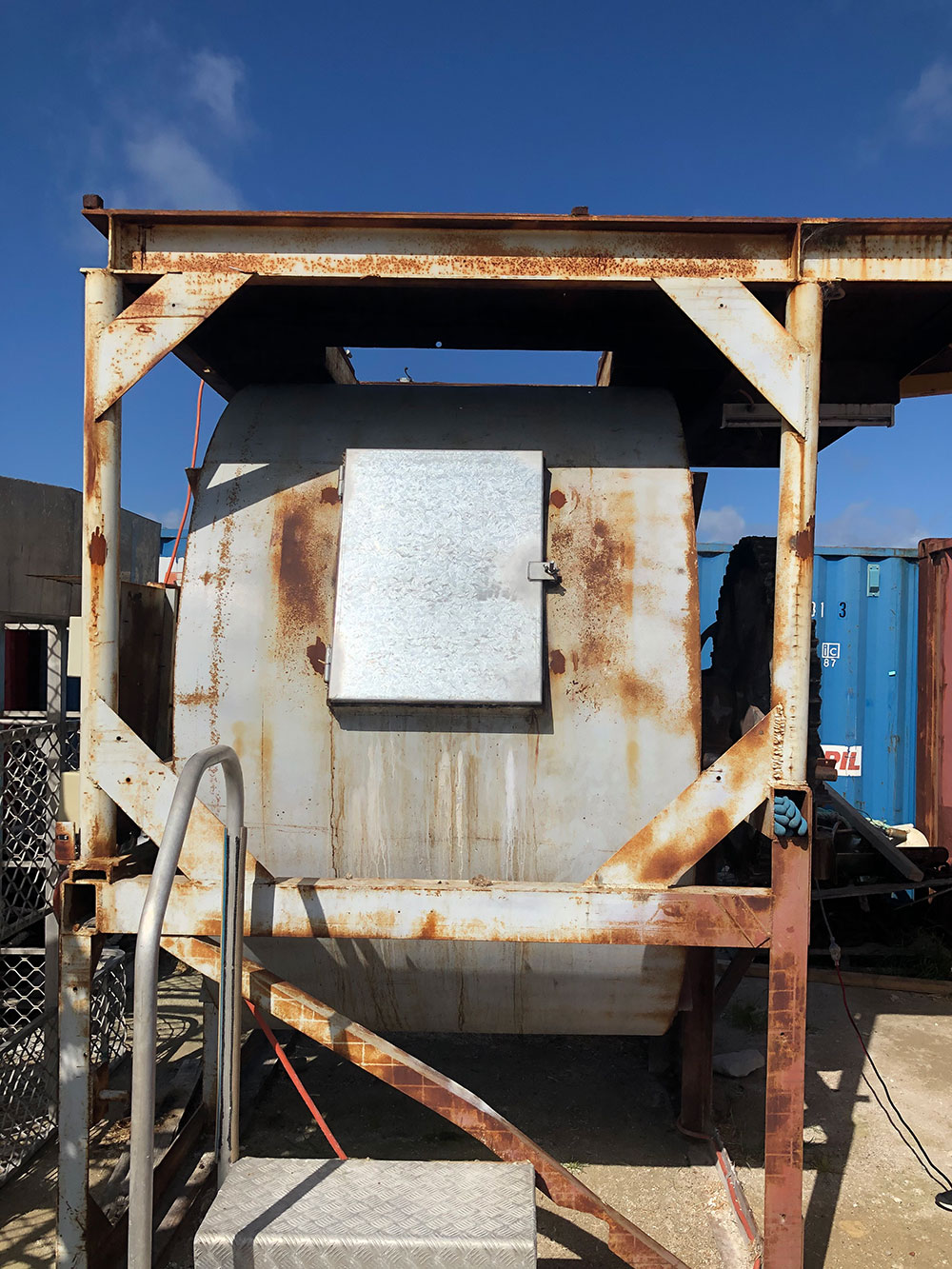 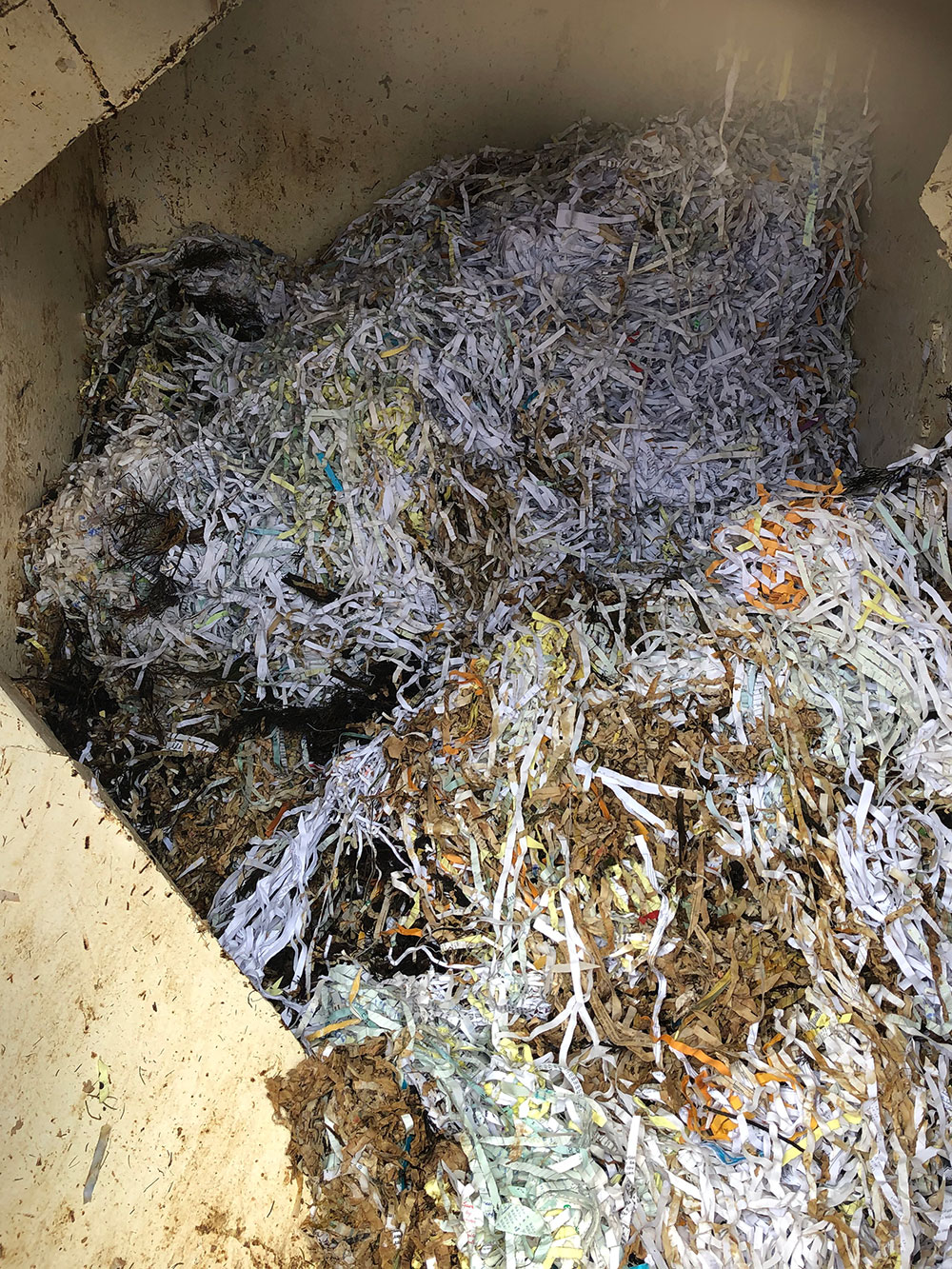