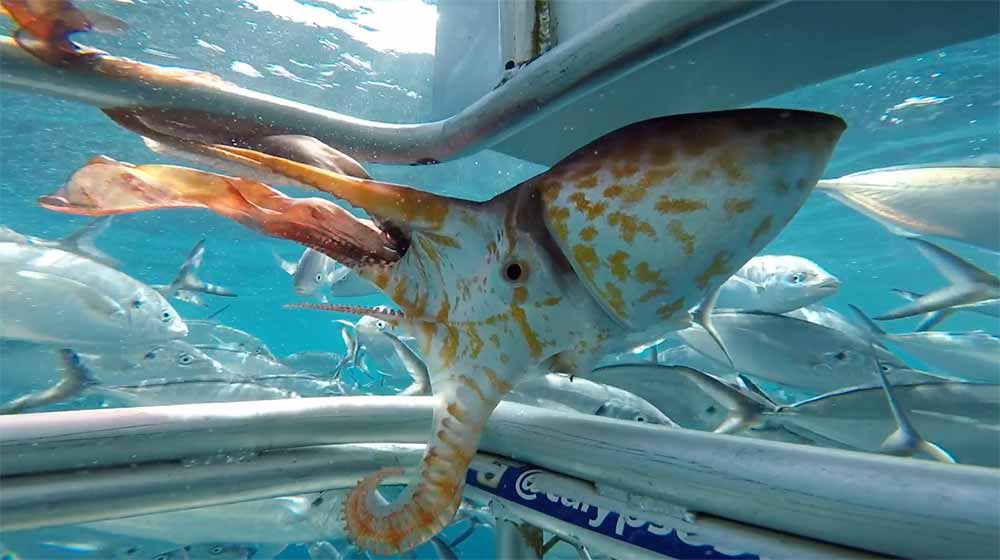 On Friday 30th March we had a most unusual visitor in our cage at Neptune Island Marine Park- A Blanket Octopus.

Initially, the crew saw something in the water near the boat. Not knowing what it actually was, they thought it to be a piece of netting or similar debris so they tried to remove it with a boat hook. They then discovered it was an excretion of some type and this was confirmed when a diver popped their head up from the cage to let the crew know that there was a 'strange creature' in the cage but it 'seemed friendly'!

The crew were able to collect a specimen of the excretion and found it to be 'alive', changing colour in their hands (photos below).

Not know exactly what they saw left the crew to search the internet, stumbling upon pictures of a Blanket Octopus and the discovery was later confirmed by Dr Charlie Huveneers, Associate Professor of the College of Science and Engineering at Flinders University and Research Leader at the Southern Shark Ecology Group. Charlie provided some additional information and news that although a tropical species, Blanket Octopuses had been recorded as far south as Tasmania!

We have since provided details of the sighting to the Marine Life Society of South Australia, the Department of Environment, Water and Natural Resources (Marine Parks) and made a report on Redmap. The ocean is an amazing place and sightings like this just highlight the need to look after and protect it. 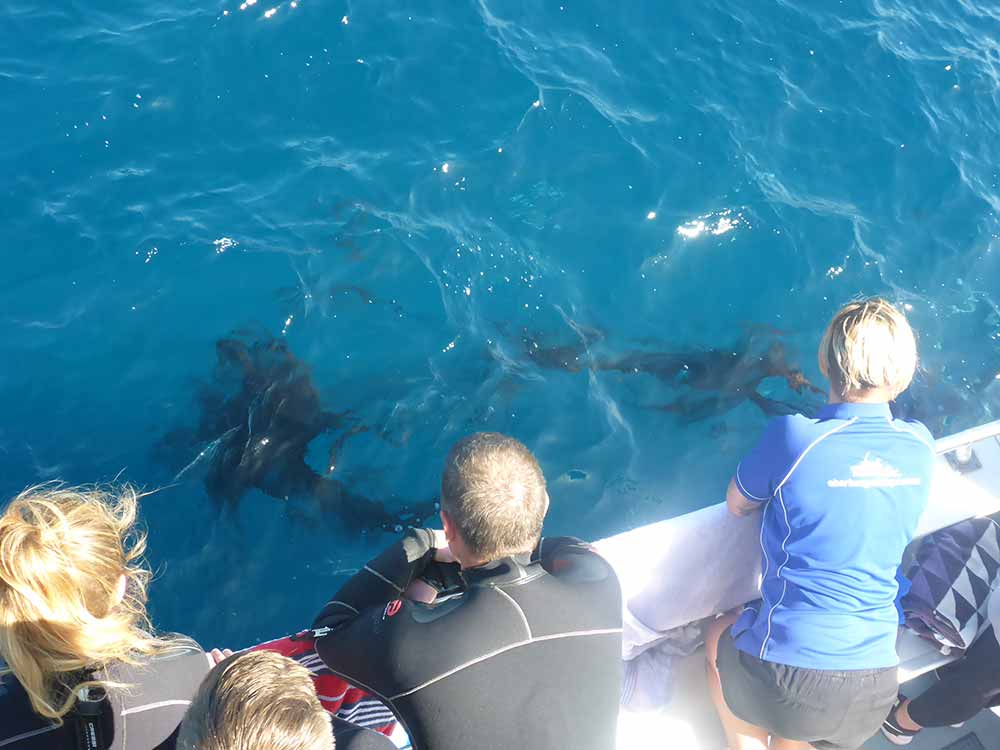 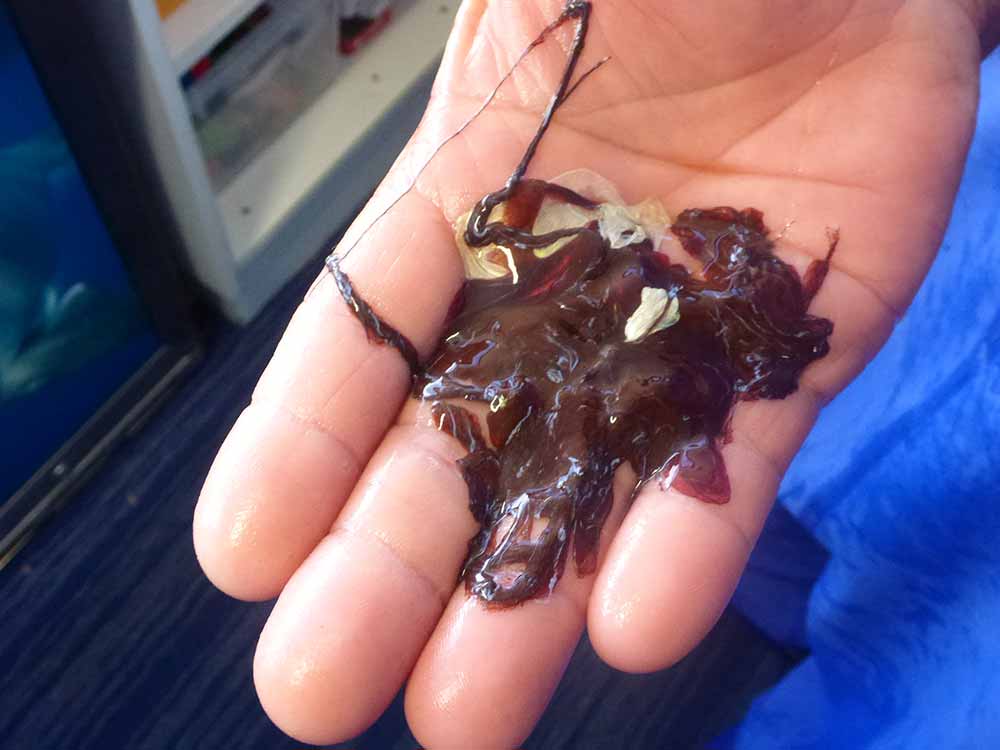 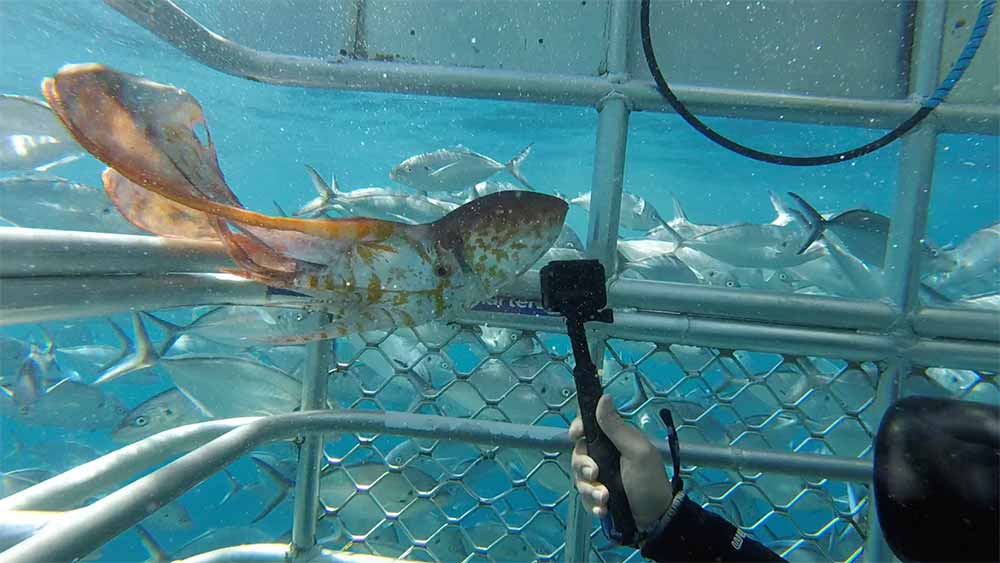 Here is another video about the Blanket Octopus -