Calypso Star Charters was founded in 1990 by Captain Rolf Czabayski. Rolf was an avid game fisherman who had tagged and released many Great White Sharks before their protection in 1997.

Over time, Rolf’s attention turned from fishing to cage diving charters. On his 35 foot Bertram vessel Rolf could take 3-4 guests on charters for 3-5 days. In those days there were several locations for Shark Cage Diving including the Neptune Islands, Dangerous Reef and several Islands in the Sir Joseph Banks Group to the North of Port Lincoln.

As the business gradually grew, Rolf made the big decision to upgrade his beloved Bertram to the custom built ‘Calypso Star’ in December 2000. This vessel offered a level of comfort not seen before in Shark Diving in South Australia. Shark cage diving remained a ‘hobby’ for Rolf, his family home and other business interests were in Adelaide while the boat was in Port Lincoln. The 3-4 day itinerary was the core business and in 2002 Andrew Wright became Rolf’s first full time deckhand.

The business changed hands in 2006 with local business identity Ron Forster and crew member Andrew Wright taking over ownership from Rolf. The one day Shark Cage diving charters were introduced in January 2007 and many thought ‘it could never be done’.

With increased promotion the popularity of shark diving increased rapidly. By 2009 demand was such that Ron and Andrew began the process of building a bigger boat to cope with the demand. A vessel was purchased in Western Australia and an extensive refit was completed in Port Lincoln and Adelaide. In September 2011, Hon John Rau MP launched our magnificent vessel MV Calypso Star 2 at a ceremony in Port Lincoln.

The pride of our fleet and ensures that our guests have the ultimate adventure whilst on our Shark Cage Diving Tours.

MV Calypso Star 2 was acquired in 2009 and underwent an extensive refit to transform her into the magnificent vessel she is today.

In 2013 we installed a state of the art Seakeeper Gyroscopic Stabiliser to reduce vessel roll whilst travelling and at anchor which greatly minimises seasickness and increases comfort throughout the day. We are the first vessel in South Australia to have one installed and the largest commercial vessel in Australia to utilise this technology.

With a covered upper deck and a gyroscopic stabiliser fitted, there is no vessel more comfortable!

MV Calypso Star 2 heading back into the water after a clean!

Located at the Lincoln Cove Marina, our Office and Shark Display is open 7 days per week.  Learn about Great White Sharks and Australian Sea Lions.  The display also includes a large map of the surrounding areas and Marine Park information.

With no entry fee, feel free to pop in to say hello!

The office is also the place to meet to check in for all tours before boarding. 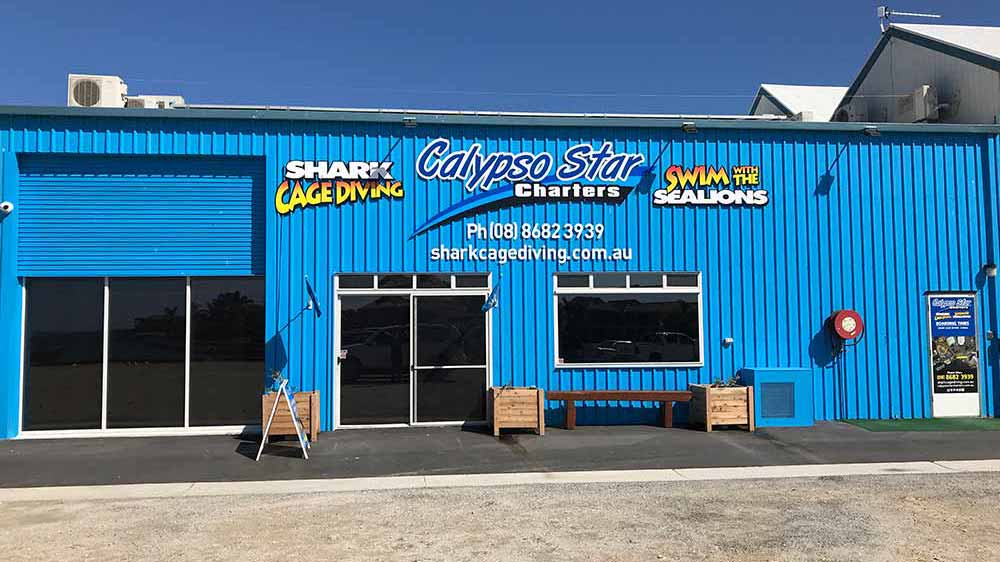 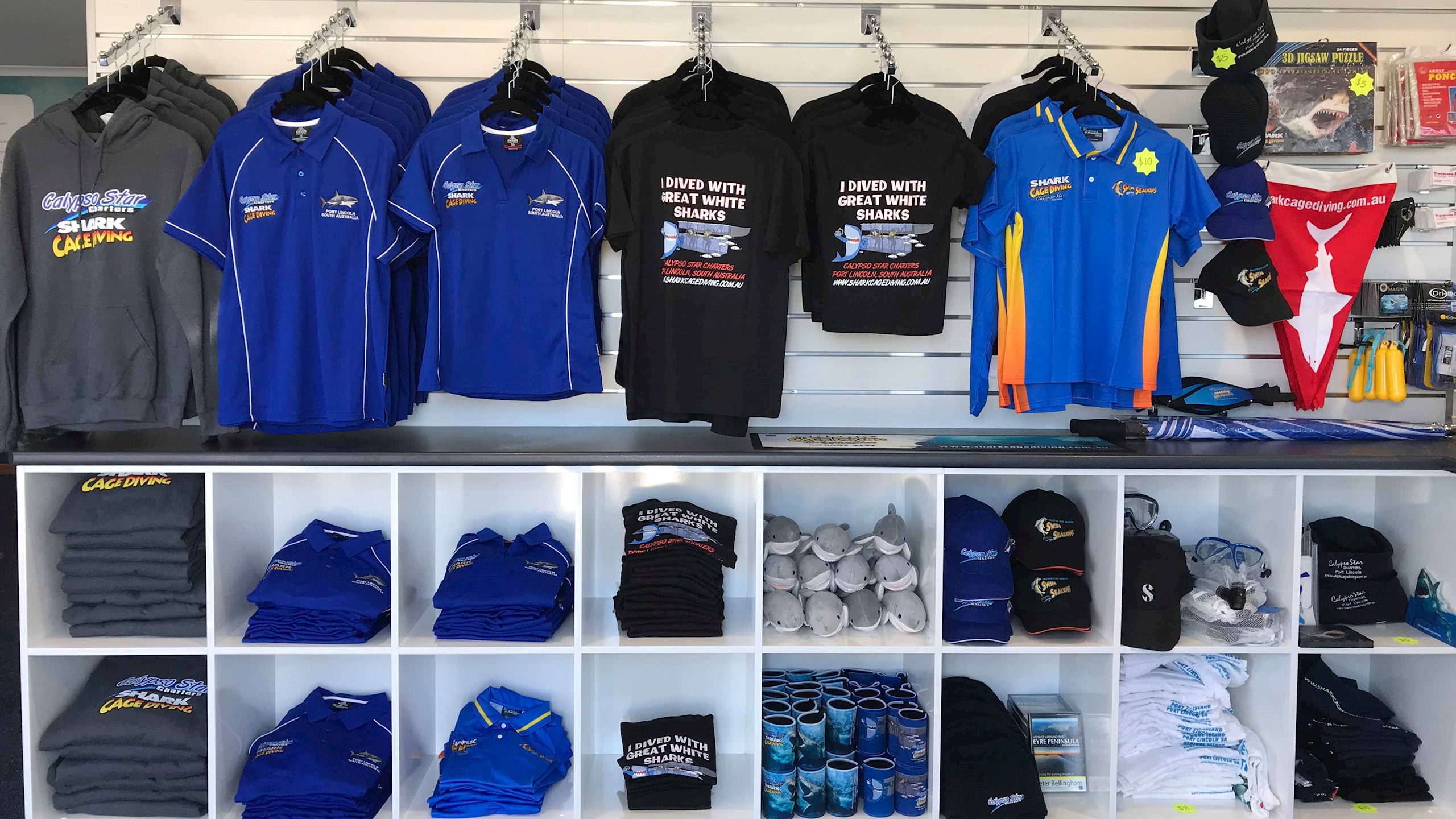 Our all local crew are here to make your trip memorable! 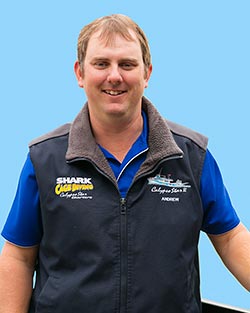 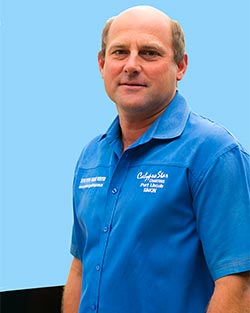 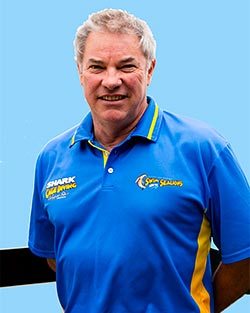 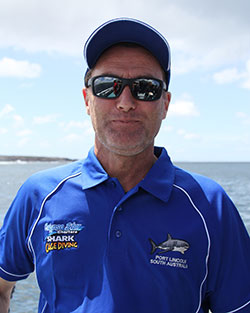 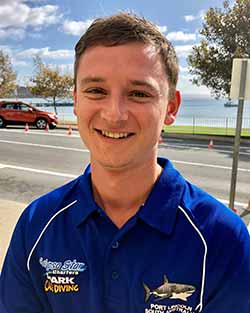 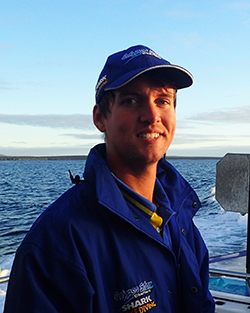 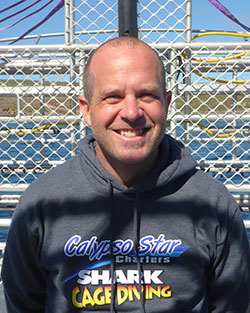 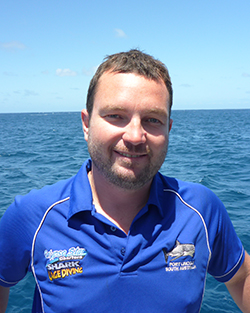 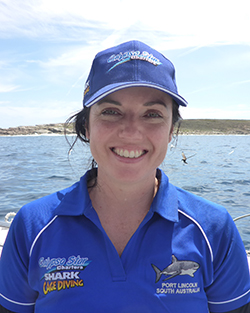 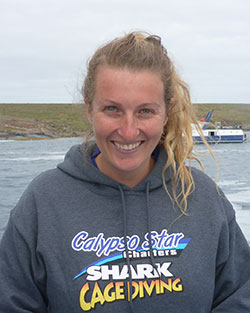 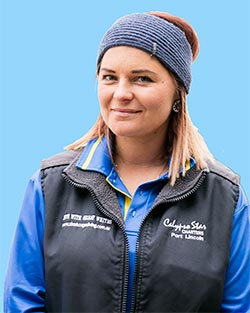 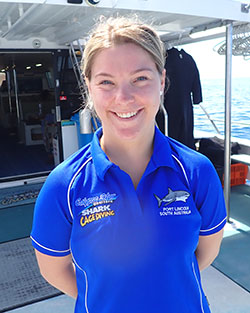 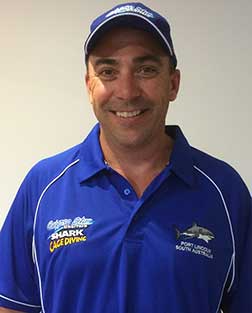 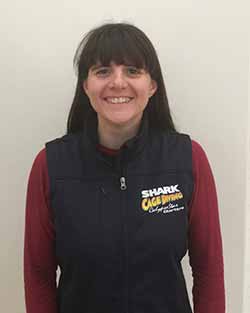 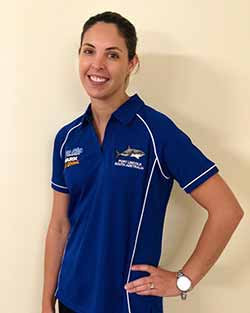 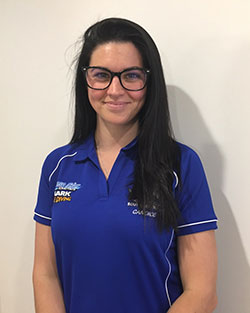 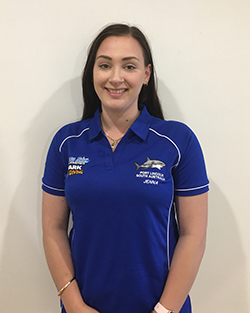 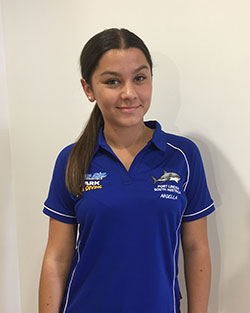 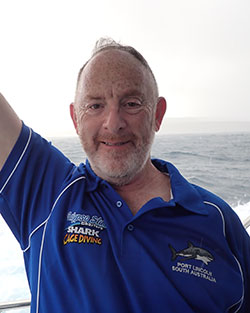 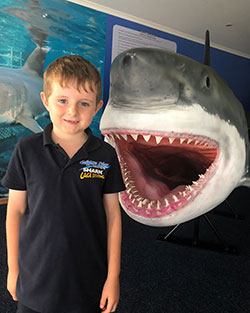 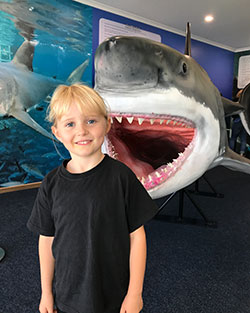 Meet Skipper Andrew for a day on the water!

Read about our Dive Locations > 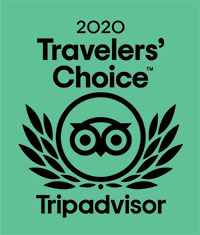 Send Us a Message

You can contact us by filling out the form below and pressing send message.